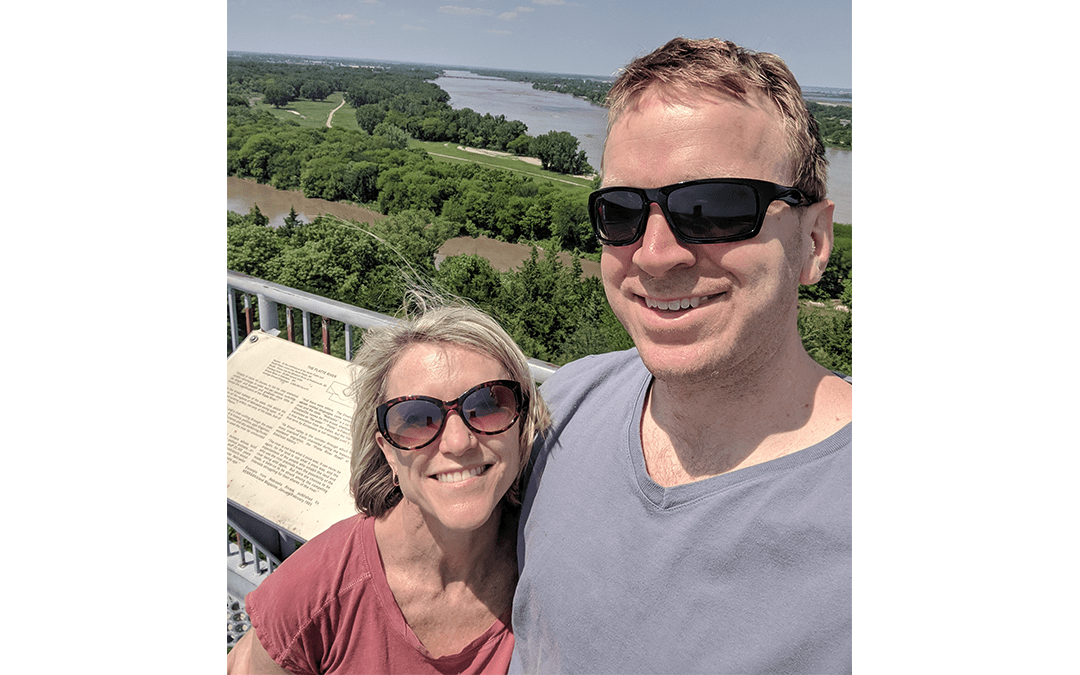 The Omaha Executive Institute is for senior-level executives who are new to their positions and/or new to the community as way to explore the issues, challenges and opportunities of Greater Omaha. Meet some of the trailblazers within the group.

Eric and Melissa Nelson have made a home for themselves and their two kids in Omaha, attracted by the chance to return to Midwestern roots and be closer to family after living in Boston and New York.

“It was really difficult and expensive to live in New York with kids,” Melissa says. “The quality of life here is much better.”

Part of our community for about two years now, the Nelsons are not only building a life here – they’re quickly establishing a Midwestern presence for their joint employer, Silverline, a New York-based consulting company specializing in end-to-end implementation of Salesforce products and third-party apps.

Melissa, a member of the founding team, serves as Chief Value Officer. Eric is Vice President of Delivery Technology. From their office in the Scott Technology Center, the Nelsons run various academies to develop talent for Salesforce, the world’s top customer relationship management (CRM) platform.

“With Salesforce acquiring multiple companies every year, the platform continues to grow and therefore the need for Salesforce expertise is endless. It was getting harder and harder to find talent, so we decided we needed to grow our own,” Melissa says. “Within about three months, Silverline Academy students become billable consultants.”

Anticipating a long-term relationship with Omaha, the Nelsons latched onto an opportunity to enroll in Omaha Executive Institute (OEI) after it was suggested by a neighbor’s friend.

“We’ve lived in Boston and New York, but we never really settled in deep. We made the decision to move to Omaha knowing we would be here for a long time. Our kids are little (5 and 3 years old). We are interested in getting involved in the community; we want to get to know the people and organizations in Omaha, how we fit in, and how we can best raise our children here. OEI was really great for networking and understanding how others are participating in the community individually and from a business perspective,” Melissa says.

The couple graduated from OEI in March with a better understanding of the community and much more.

“We made a lot of great connections,” Eric says.

Melissa adds, “I enjoyed touring all the different areas of Omaha. It was cool to see the different types of businesses that have established homes here. It was also refreshing to see how many people are getting involved and how helpful the community is.”

“It’s a very interesting dynamic that we never would have known anything about,” Eric says.

Between their bustling Silverline office, which has grown from two to about 20 people, and seeing their oldest off to kindergarten, the Nelsons are evaluating more opportunities for community involvement.

“OEI gave us connections and made it possible for us to keep exploring,” Melissa says. “You want to instill those values in your kids as well.”

They are both quick to recommend OEI to others.

“It was so worth it,” Melissa says. “Lynda Shafer (the Chamber’s Leader Leader) was very hospitable. She took really good care of us. It felt like they rolled out the red carpet.”

“It was the best thing we’ve done in Omaha so far,” Eric says.

The program explores the issues, challenges and opportunities of Greater Omaha to help participants understand the environment in which they are now doing business.